In my post yesterday I included a link to a list of FIDE-rated Australian players. One fellow whose name stood out to me is FIDE master Dmitry Gedevanishvili (or just Gedevani). He's been out of action for a number of years, I think over a decade, yet amazingly there he is - still among the top.

I mention Gedevani because there are a couple of guys at the Town Hall CC who apparently have never of him! And no doubt there are still many more, especially the young guys, who also might have never heard of one of the strongest players in this country.

Well, this much we know: Gedevani has 4 IM norms and, according to Cathy Chua in her book "Australian Chess at the Top", was a former champion of Georgia. Yes, that's the ex-Soviet state of Georgia, not the US version. He came to Australia in 1988.

I used to see him in weekenders as well as big events. In 1995, he participated in the Australian Championships (the one that IM West won). Here's a nice game from that tournament. 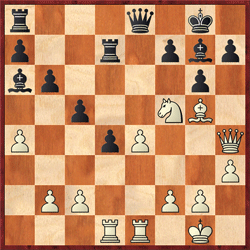 As far back as 1970, he fell victim to a certain Tal! Again involving a pesky knight. 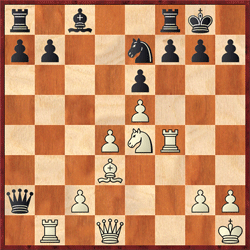 So there you have it, just a few tidbits about FM Dmitry Gedevanishvili. Another one who dropped off the scene, sadly a talent lost to our game. I'm sure there are good reasons.

I have no idea where he is today. Last I heard, he was driving taxis around Sydney.
Posted by The Closet Grandmaster at 8:12 pm

Gedevani is a legend of Sydney chess and has been missed. He was easily IM strength and the sad part is that if he had not disappeared his 4 IM norms would be valid under new FIDE laws to become an IM. I remember when he used to give lectures at Chess Discount Sales. He was always quick to give useful advice. I remember Gedevani turned up 58 mins late for a one hour game and as true professional he played the game with just 2mins on his clock and lost. True professional and always had a good story to tell.

A strong player and a great sport, seems that driving taxis pays better than chess, like pretty much everything else :)