Well, sort of. Before the actual hostilities with his fellow super grandmasters, GM Magnus Carlsen sat down to a friendly with a local English player, Stephen Moss. This game was played just prior to the opening day's press conference.

My thanks to John Saunders, chief press officer of the LCC, for sending me this along with a bunch of photos (one of which can be seen below). 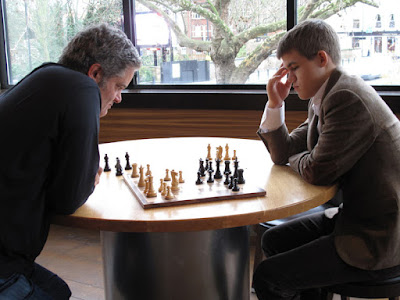