During the closing ceremony, GM Rogers informed the crowd that Chandler's last round opponent, GM Drazen Sermek, had actually offered a short draw. Chandler declined forcing Sermek to play. This was quite honourable of Chandler, now playing under the British flag, particularly since accepting the draw would have actually saved him money (he is the principal sponsor). You see, any breach of the "no short draws" rule incurs a penalty of some amount being taken off from any prize money by a player. 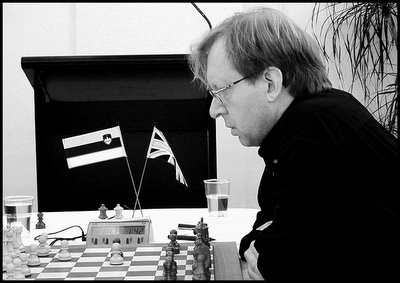 While GM Chandler was thanked by all at the tournament, I wish to also express my gratitude and appreciation for such a fine event. Grandmaster Rogers himself admitted last night that he thought Chandler would never be able to pull off organising a chess tournament in Queenstown. Chandler did, of course! An excellent tournament experience in the most beautiful part of the world! I personally cannot wait to make a return here.

My own performance was dismal. All I can say is, well, I was a bit distracted. But the upside is that the 2 weeks of chess has, at least, rekindled my desire for more competitive games. There'll be less and less online games for me. More OTB ones.

For the moment, this is all I will update. Perhaps I will post something longer later that will summarise the whole 2 weeks here in gorgeous Queenstown.

Posted by The Closet Grandmaster at 9:45 am