If you own a Wii game console, you'll soon be able to play chess with it. For the time being, though, the game will first hit European shelves in early 2008, while there's still no clue about an Australia release. 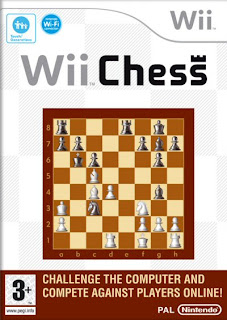 UK box art
German publication Der Spiegel is the widely cited source of this information. According to Der Spiegel, Wii Chess will feature online as well as local multiplayer capabilities.
Posted by The Closet Grandmaster at 4:26 am

How come you haven't been raving about Pinoy GM-elect Wesley So?!