Relying on the services of RP's number one, the hosts Davao City blanked out Holy Cross 4-0 in their first round encounter of the 2006 National Inter-cities competition. Board 4 for Davao is Dr Jenny Mayor. Aussie chess fans should note that Dr Mayor is apparently organising a group of Pinoy chess players comprising 11 men and 4 women to travel to Sydney next year to compete in the Sydney International Open. 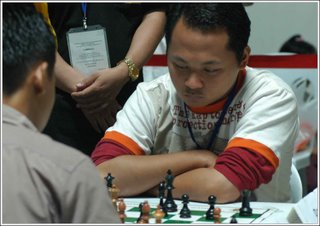 Journo Marlon Bernardino, who is our principal source, reported that IMs Oliver Dimakiling and Darwin Laylo are playing in this tournament only because their visa applications for Europe struck a problem. The two IMs are here representing the Barangay Alabang team of Muntinlupa City. 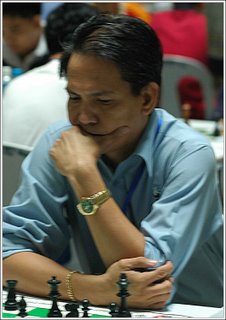