Our friend Nur Yachou sent TCG a quick update on his travels in Romania. At the Predeal Open, Nur scored only 3.5/9 points but he did admit that his opposition in the latter half of that tournament was very strong.

Later this week, Nur will compete in the 2006 Bucharest Open. Here are some pictures sent in by our friend. 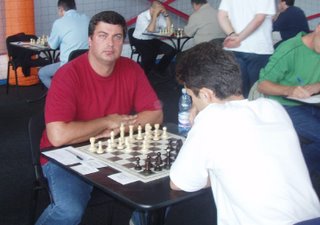 Yachou, N - Gasanov, E (2443)
And here is a view of a Romanian castle. The first one is Sinaia Peles Castle. 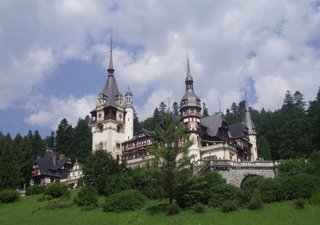 Nur also sent a picture of the famous Dracula's Castle. He relates this interesting little story. "Bran Castle is known is Vlad the Impailer (Vlad Dracula) Castle, but the truth is that Vlad never been to that castle. Vlad is a Romanian king from around 1450 A.D and his castle was somewhere else. However, because of the western fasination with Vlad - the Romanians said ok Bran Castle is Vlad's."

Below is a view of the town of Busteni from atop a hill. 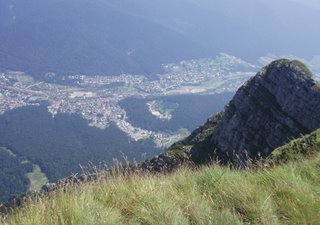 Posted by The Closet Grandmaster at 6:35 pm

Predeal had very strong lineup. There were some IM's fighting for 50% score.