Yesterday's talk among the Pinoys in Town Hall was, of course, none other than Wesley So. He might never be as rich as another of our other heroes, Manny Pacquiao, but Wesley already deserves to be as equally venerated, I think. Whatever happens now in the ongoing World Cup, the young Pinoy's accomplishments are just wonderful and amazing.

Last night I left his game against American powerhouse super GM Gata Kamsky after 24...f6 and thought, well, this should at least be a draw, although according to my engines he had a slight plus. I wake up this morning and it's, it's, yes, Wesley won! 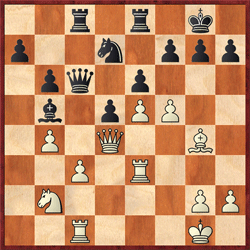 In this interview on the official site, Wesley is quoted as saying, "I am 16 and the greatest achievement for me so far is the second place in one tournament with average rating about 2700. At the moment my rating is 2640. I dream that sooner or later I will come to the magical point 2700. I don't know how much time I will need for that."

Oh, he'll get there. No doubt about it.
Posted by The Closet Grandmaster at 7:29 am

way to go wesley so! such a feat will surely inspire future pinoy grandmasters!

more power to the closet grandmaster!

when wesley so was interviewed told them he wasn't getting any financial support from the philippine government. it's just sad.