I'll post a summary later on about the just completed Zonal tournament, but for now let me just say congrats to both David Smerdon and Arianne Caoili for winning their respective events. Quite apart from their OTB performances, these two really impressed during the closing ceremony. Articulate and intelligent, both are very good representatives of our game. 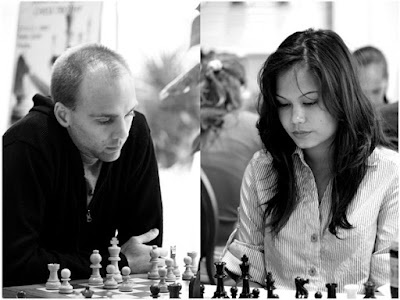 Of course, we already know about James Morris, but also walking away with well-earned FIDE master titles are New Zealand's Michael Steadman and Bobby Cheng. For Steadman, his last round bout showed that there is justice in chess. Overwhelmingly winning his position thanks to 2 passers and a piece up, Steadman steadily found his position deteriorate against the determined defence of one Ronald Scott.

Then just as he was cruising to a fantastic victory, Scott blunders and walks into a mate in one!

Among the women Kiwi Olympiad rep Sue Maroroa earned her woman international master title, while the ACT's Emma Guo as well as Wollongong's Vaness Reid both secured the WFM variety.

I'm also pretty sure that there were a couple of WCM titles earned, but as one player at the venue asked upon hearing about WCMs, "What's that?"

OK - here's my favourite game from the event. 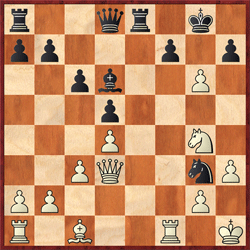 GM Rogers commentated on this game in round 8.
Posted by The Closet Grandmaster at 9:22 pm

notice they are both ex-queenslanders now living in canberra ;)

the best looking chess country based on these two reps?

why would anybody leave queensland for canberra?!

its where the intellectuals are!!