I hope international master Alex Wohl doesn't leave the Philippines with a resolve never to return. His current stay there hasn't exactly been the most auspicious. After being struck with dengue fever in Malaysia (that country again!) and apparently still suffering from the tail-end of it just before the 3rd PGMA Cup, where he scored just 4 points, Alex may have hoped to begin more positively in the now running 4th Pichay Cup.

It wasn't to be. His first round opponent was Wesley So! Commenting on the game, GM So was quoted by the official press release as saying, "He (Wohl) made a weak knight move [16. Nd1] and I took advantage". 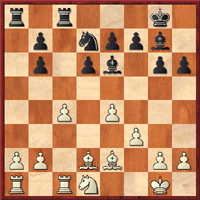