Alarm in the Aussie Open

About an hour into today's round at the Australian Chess Open championships, the fire alarm suddenly blasted out all over the North Sydney Leagues Club for a good minute or so. Thankfully it turned out to be a false one, but it did prompt a swift response from the local fire department. 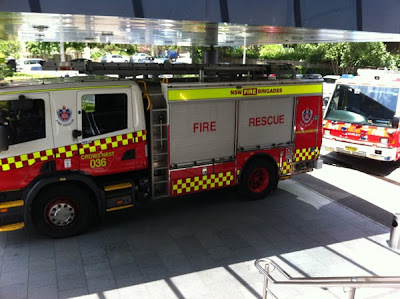 At any rate, as these pictures clearly show, chess players really are an excitable lot. Here's the chess crowd standing up on their feet while the alarm was sounding. 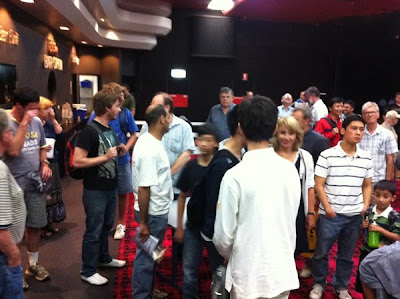 The bridge folks, on the other hand, who were playing in the room next door, remained calm and went on with their business. 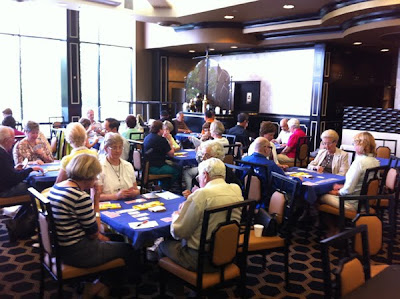 The brief commotion aside, kudos to Max Illingworth for drawing against GM Zhao on board one. Max's 8.0-0 is apparently a novelty and doubtless cooked up pre-game. If this kid keeps playing like that, he'll be well on his way to "official" masterhood. I understand that he's taking 2011 as a gap year to pursue that goal.
Posted by The Closet Grandmaster at 10:00 pm