Sydney's Arthur Huynh has been spotted in a couple of tournaments in Serbia by Chessdom's Goran Urosevic. Arthur, who is on a tour of Europe, participated in both the Nis Open, scoring 5 points there, and the Kragujevac Open where he settled for just 2 points. 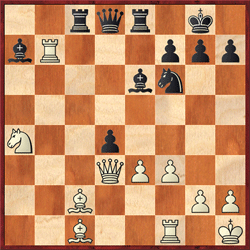 By the way, if you look very closely at the photographs you'll notice that the tournaments used a mix of mechanical and digital clocks. The digital clocks, too, are a combination of different brands! It's a situation that Australia has departed from long, long ago. At least on that front, we Aussies have done something sensible.
Posted by The Closet Grandmaster at 1:34 pm